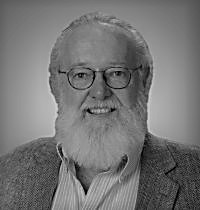 Tom O’Connor, a nationally known consultant, speaker and author in the area of computerized litigation support systems, is a New England native who graduated from The Johns Hopkins University in 1972 with a BA in Political Science. After attending law school for one year at The University of Notre Dame, Tom returned to Baltimore and undertook a career as a paralegal specializing in complex litigation. He later earned a J.D. at an evening law school program. Tom’s consulting experience is primarily in complex litigation matters where he has worked with firms of all sizes, most recently the Plaintiffs in the BP litigation. He has also been appointed as a technical consultant by various federal and state courts on cases dealing with large amounts of electronic evidence. Tom is a frequent lecturer on the subject of legal technology and is also a prolific writer, with numerous articles in legal publications and several books, most recently “EDiscovery for Small Cases” from the ABA. He and his wife Gayle, along with their son Seamus, the recently graduated philosopher king of Western Washington University, hope someday to have their own float in a Mardi Gras parade, down the Mississippi down in New Orleans, where they now reside.